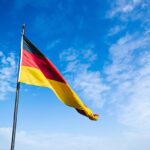 Technical translations are more than simply transposing words into another language. If you want to create the perfect translation, you need to take into account cultural differences, social norms, language levels and social trends. This is easier said than done. How do you avoid losing the essence of the original text? What added value does a native translator offer? Iris Rethy, technical translator of German at MK Vertalingen, talks about the textual do’s and don’ts of German business culture.

“The German style of writing differs from the Dutch style. I always make a back translation for oral quotations that have been fine-tuned, into informal, spoken German,” explains Rethy (58), a Hungarian who grew up in Germany. If, as a Dutch company, you want to connect with German customers, then a literal translation of a text will not be good enough. The correct translation requires a native translator who, through cultural awareness, is able to make the context of a text both relatable and recognisable. 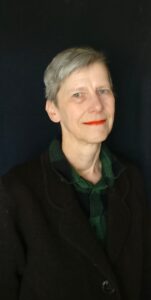 Rethy: “Germans are by nature status and performance oriented, they appreciate complicated sentence structures. This is why, in my translations, I deliberately make texts more difficult by replacing verbs with nouns.” However, she retains Dutch titles such as mr. and ing. in her translations. This for the simple reason that education and proficiency levels may vary from country to country. Informal forms of address, on the other hand, are given a German flavour, since informal forms of speech in business German are still more the exception than the rule.

Jargon used in the bulk industry

Every industry has its own technical jargon, and numerous terms that may differ from one organisation to another. It is up to the technical translator to ensure that jargon is not lost in translation. In short: this is achieved by being thoroughly informed about the company, the product and the sector concerned. “If I translate a text from a Dutch engineer, the translation must be fully comprehensible to a German engineer. I have to name machines, parts and instructions in exactly the same way as they are used in Germany. That would simply not be possible for someone who is a native German speaker, but not a professional technical translator”, says Rethy. She doesn’t have to think long about what makes technical translations so enjoyable: “I find the bulk industry interesting. It’s about products that relate to everyday life. You get to look behind the scenes, which is something that others don’t experience.”

The added value of a native translator 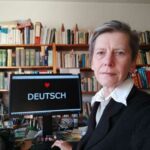 The fact that technical translations are more than simply transposing words into another language, is also made evident in the way that social trends are translated into texts. Gender neutrality, for example, has now permeated into the German language. “In order to make the role of women more visible, Germans nowadays add _innen after the word when referring to a group of people (m/f). You no longer write ‘Ingenieur’, ‘Techniker’ and ‘Servicemonteur’, but ‘Ingenieur_innen’, ‘Techniker_innen’ and ‘Servicemonteur_innen’”, explains the translator. According to Rethy, this is up-to-date knowledge that will be used by a native translator, but is entirely missing from popular translation machines.

“You also need to be consistent in the terminology you use as a technical translator. If you aren’t, the reader will wonder whether your are is still describing the same machine. Non-native translators often underestimate their own language skills and confuse grammatical cases. A native translator will pick up on these mistakes immediately. If, as a Dutchman, you make a mistake in German, you enjoy the “Rudi Carrell bonus*”, Rethy concludes with a smile.

*Rudi Carrell was a Dutch TV entertainer who always made typically Dutch mistakes in German.