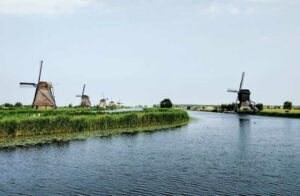 Although the popularity of Dutch studies is declining in the Netherlands, this is certainly not the case abroad. There are some 135 Dutch language programmes in 40 countries. From Berlin to New York, Jakarta and Seoul. The study of Dutch is particularly popular in America. At Columbia University, for instance, the demand for Dutch studies even exceeds supply.

“From an economic point of view, it is very clear why people choose to study Dutch”, says Filip de Ceuster, lecturer in Dutch at the University of Sheffield in the UK. With a degree in Dutch, most alumni quickly find good jobs in international business, translation agencies or the diplomatic services. However, the main reason for its popularity appears to be an interest in the language and culture. “The Netherlands is known as a progressive country because of its liberal attitudes to gay marriages and abortion. This liberal image is appealing,” says Andreas Nijenhuis-Bescher, professor of Dutch at the Hankuk University of Foreign Studies in Seoul.

Who wants to learn Dutch? 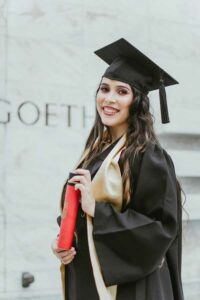 Strangely enough, we sometimes seem to consider the Dutch language inferior in an international context. We don’t seem to take the promotion of Dutch seriously. And yet the popularity of the Dutch language abroad is important to the Netherlands for several reasons. Henriette Louwerse, chairwoman of the International Association of Dutch Studies (IVN), blames it on small-mindedness. “The idea that ‘Dutch is a language not widely spoken and it’s far too difficult anyway’ is a persistent myth.” Dutch is spoken more widely than most people think, ranking fortieth in the list of the most spoken languages.

Contacts with the Low Countries

So, we should stop asking ourselves why someone studies Dutch. “Investing in the promotion of one’s own language is a smart and relatively cheap PR strategy”, says Filip de Ceuster. For example, Dutch alumni play important roles in international companies by maintaining contacts with the Low Countries from countries across the rest of the world. Besides, teaching Dutch is not only a way to promote your language and culture, but also a great way to promote your country’s image.

This article is adapted from an article that appeared on: www.veto.be/artikel/opleidingen-nederlands-in-het-buitenland-populairder-dan-we-denken